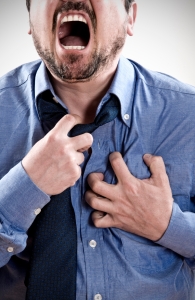 What is sudden cardiac arrest (SCA)?

Sudden cardiac arrest (SCA) causes the heart’s normal heart rhythm to suddenly become chaotic. The heart can no longer pump the blood effectively and the victim collapses, stops breathing, becomes unresponsive, and has no detectable pulse. SCA can strike anyone, anytime. Children, teenagers, athletes, old people — can all have SCAs. Although the risk of SCA increases with age and in people with heart problems, a large percentage of the victims are people with no known risk factors.

Is SCA the same as a heart attack?

Defibrillation is the only treatment proven to restore a normal heart rhythm. When used on a victim of SCA, the automated external defibrillator (AED) can be used to administer a lifesaving electric shock that restores the heart’s rhythm to normal. AEDs are designed to allow non-medical personnel to save lives.

What are the stats on SCA in Australia?

Out-of-hospital cardiac arrest is a leading cause of death, with an estimated 15,000 people suffering a cardiac arrest in Australia every year. Between 6% and 13% of cardiac arrest victims in Australia will survive more than one year past the event. This dismal survival rate has remained unchanged for over three decades, however during the past 50 years the fundamentals of early recognition and activation, early CPR, early defibrillation, and early access to emergency medical care have saved hundreds of thousands of lives around the world. Receiving early CPR can increase the odds of surviving a cardiac arrest by a factor of five, according to studies. Certain types of cardiac arrest only respond effectively to defibrillation and if delivered quickly, the survival rate increases by 75%. Success declines at a rate of 10% with each minute delayed.

All workplaces, schools, colleges, community buildings are encouraged to have an AED onsite.

Information and Stats sourced from : ARCNSW and Defibtech

Welcome to the Medilife official blog. You'll find all the latest info here about what's new in the world of first aid and training. Visit us any time at www.medlife.edu.au or call us on 1300 130 385.